There are three super volcanoes in the world. One is found underneath Yellowstone park in the United States, another near Mexico city and the third in Italy.

But according to a report in the Dailymail, a fourth has been discovered off the coast of  Japan’s Kyushu Island and there are indications it’s active.

Japan is made up of four main islands and Kyushu is the third largest and most southern of the four. It has a population of 12 million and perhaps its most famous city is Nagasaki that was hit with an atomic bomb in World War II.

The volcano discovered off the island’s coast clearly falls into the “super” designation. Its dome is 10 kms wide (6.2 miles) and is 600 meter high (1,968 feet). They estimate the cauldron located beneath contains about 32 cubic km (7.68 cubic miles) of lava.

According to the Kobe Ocean-Bottom Exploration Center (KOBEC), the group that made the discovery, a new dome is building in the crater of Kikai volcano that is about 19 kms (12 miles) in diameter. It is believed Kikai exploded around 6,000 years ago. KOBEC works out of Kobe University.

The new dome is only 30 meters (100 feet) below the surface of the ocean. There are several indicators that lava is building up beneath the smaller dome. This includes columns of heated water and bubbling gas. The dome also has several intrusions that is also an indicator of a lava build up. These intrusions take place when lava under pressure breaks through the surface.

The scientists working for KOBEC said that it could explode at any time.

Though I have studied Biblical end time events off and on for several years, it never occurred to me until recently that one of the major Biblical end times passages was actually talking about active volcanoes.

In his description of the coming Day of the Lord, the prophet Joel says it will be marked by columns of smoke, blood and fire. The prophet also saw the sun darkening and moon turning red.

“I will display wonders in the sky and on the earth,
Blood, fire and columns of smoke.
31 “The sun will be turned into darkness
And the moon into blood
Before the great and awesome day of the Lord comes. (Joel 2:30-31 NASV)

For years, I interpreted this passage as referring to some type of destruction on earth that resulted in great fires.

But I no longer believe this.

The columns of smoke perfectly describe the smoke, steam and ash that come off active volcanoes. The fire describes the molten lava and blood describes the deaths associated with volcanic explosions.

The darkened skies reflect the thick ash pouring into the atmosphere that can darken the sun. We even seen it happen to a lesser extent after Mount St Helens exploded in 1980. Though in this instance, because of its smaller size, it was more of a haze, than real darkening.

So it seems that in his vision of the end times, Joel saw (note the plural) columns of smoke. This means there will be several volcanic explosions. And because the sun actually darkened, it suggests these are significantly larger explosions.

Though we have seen the devastation created when smaller volcanoes erupt such as Mount St. Helens that exploded in 1980, killing 57 people and destroying 250 homes and 47 bridges, we have yet to see the devastation caused by a super volcano. 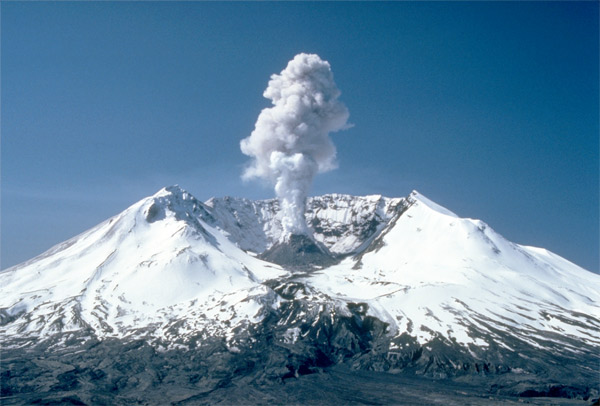 Scientists say the deaths resulting from an explosion of any of the world’s super volcanos could easily hit millions, perhaps tens of millions.

KOBEC researchers estimates that if the volcano off the coast of Japan exploded it could kill 100 million people (Joel’s blood) and would undoubtedly cause a “volcanic winter” (Joel’s darkening of the sun).

They did add there is only a 1% chance it will explode in the next 100 years.