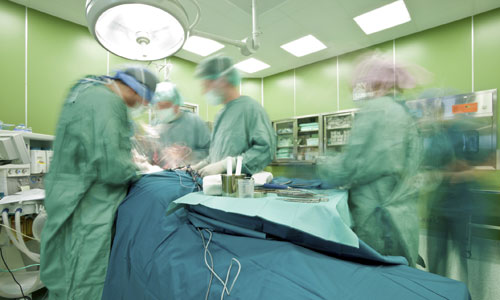 Research shows that after death, people are still aware they are alive.

[by Dean Smith] Over the years, there have been many reports of people, who having died and come back to life, claiming they had seen a light or had an awareness they were still alive even though they had died.

This always puzzled scientists since 20 to 30 seconds after the heart quits pumping blood, the brain stops functioning. So if a person’s heart has stopped how could they have any sense of consciousness.

Researchers at the University of Southampton in England decided to study this phenomena further. In 2008, they analyzed 2,060 cases from 15 hospitals in England, Austria and the US of people who had cardiac arrest.

Of this group, 330 people survived their heart stoppage and were revived and 140 of them (nearly 40%) reported being aware they were still alive as much as three minutes after their heart quit beating.

The researchers suggested that many more than 40% probably had a similar awareness, but due to brain damage or drugs could not remember it.

Here is a list of some of the things the people reported seeing and experiencing while they were dead:

“But in case conscious awareness appears to have continued for up to three minutes into the period when the heart wasn’t beating, even thought the brain typically shuts down within 20-30 seconds after the heart has stopped.”

Dr Parmia was formerly a research associate at the University of Southampton.

The curious case of the 57-year-old social worker

One of the more curious cases involved the death of a 57-year-old social worker. The man who had been dead for 3 minutes reported being above his body and looking down at the doctors and nurses trying to revive him.

The studied reported that he not only provided a detailed description of the event but even recalled accurately the sounds associated with his resuscitation, particularly one machine that beeps every three minutes.

While some attribute these memories to drugs, the researchers said many of the things remembered are clearly tied to events that were happening to the person at the time and they were simply recalling things that had happened to them after their heart had stopped.

The Bible repeatedly talks about man having a spirit that lives on after death. In Matthew 10:28, Jesus said:

Do not fear those who kill the body but are unable to kill the soul; but rather fear Him who is able to destroy both soul and body in hell. (Matthew 10:28 NASV)

When Jesus was on the cross, one of the men crucified with him asked Jesus to remember him. Jesus replied, “Truly I say to you, today you shall be with Me in Paradise” (Luke 23:43 NASV)

Aside from the many mentions of life continuing after death, the Bible provides a few specific accounts that show people are alive and conscious after death.

The Witch of Endor and Saul encounter the dead prophet Samuel

Perhaps the most unusual instance involves a witch living in Israel. King Saul was in a desperate battle with the Philistines. Since the prophet Samuel was dead, Saul tried to consult Samuel by using a witch to conjure up the dead prophet.

In the account found in 1 Samuel 28, the witch was actually terrified when Samuel appeared, indicating this was not her usual experience (v 12).

He said to her, “What is his form?” And she said, “An old man is coming up, and he is wrapped with a robe.” And Saul knew that it was Samuel, and he bowed with his face to the ground and did homage. (Verse 14 NASV)

Though obviously in spirit form, both Saul and the witch recognized this was Samuel.

Samuel said to Saul “Why have you disturbed me by bringing me up?” (v 15). Samuel then told King Saul that God had taken Saul’s crown from him and given it to David because of Saul’s disobedience.

Samuel then delivered a prophetic word to Saul telling him that he and his son would die in battle with the Philistines and they would shortly join Samuel in the afterlife (vs 16-19).

In Mark 9:2-8, we have the account of how Jesus took three of His disciples — Peter, James and John — up a mountain. When they arrived Jesus transformed before them.  His body became a brilliant white, like a bright light. Suddenly, Elijah and Moses appeared and spoke briefly with Jesus. Then just as instantly, the two Old Testament men disappeared. The three disciples knew exactly who these people were.

In Luke 16:19-31, Jesus told the story of a rich man and Lazarus. The use of a real name suggests this was not a parable, but an actual event. In the account, Lazarus, a poor man, had died and was carried away to Abraham’s bosom — a good place. The rich man who also died ended up in Hades, where he suffered horribly. He was aware of his pain (v 23 – 24). He was even aware that his five brothers did not know the fate awaiting them and wanted someone to warn them (v 28).

Life continues on after death and this study provides a brief glimpse into what awaits us. This is why we need to believe on Jesus for our “eternal” salvation.