I was picking up a coke at the fast food place I regularly go to for lunch. It is where I write many of my articles. I briefly asked the waitress how her Christmas went.

Her first comment — “it was full of death.” She was of the age where the recent deaths of Carrie Fisher and her mom Debbie Reynolds impacted her. 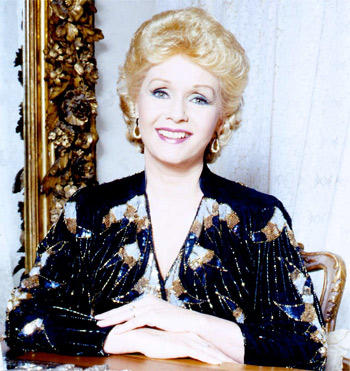 Carrie, 60, is perhaps most famous for playing Leia in the Star Wars saga. She had a heart attack on the plane while flying from England to Los Angeles and died a few days later (December 27, 2016).

She was very close to her mother, famed actress Debbie Reynolds, 84, who died a day later (December 28, 2016) from a stroke. Debbie was a major movie actress in the 50s and 60s starring in such hits as Dancing in the Rain and How the West was Won. She had married actor Eddie Fisher, who she divorced in 1959.

But there is one member of this famous family you probably haven’t heard of — Todd Fisher — Carrie’s younger brother.

In an interview with EI, Todd spoke of his mother’s final hours. He believes the stress of her daughter’s heart attack and death contributed to his mother’s death. Debbie’s last words were she wanted to be with Carrie.

Todd, 56, who today works as CEO and curator of the Hollywood Motion Picture Museum located in North Hollywood became a born-again Christian in 1980. Two years later he was an ordained minister and along with musician Henry Cutrona started a charismatic church in DR Studios, (Debbie Reynolds’ dance studio). 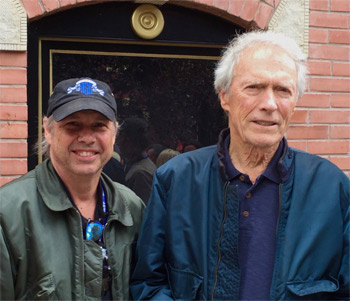 Called The Hiding Place, the church quickly outgrew the studio and moved on to other facilities, eventually becoming a congregation of 1,000 people.

The church’s name was based on a verse from the Psalms:

You are my hiding place; You preserve me from trouble;
You surround me with songs of deliverance. (Psalm 32:7 NASV)

The church no longer exist, but during the 80s it was a growing work in Los Angeles known for its worship and teaching. I stumbled upon a forum in google groups where a former member was looking for information on the church.

That thread, which started in 2007, was eventually hijacked by a couple of atheists, but what impressed me was the number of people who popped in briefly to comment.

They not only fondly remembered their days at The Hiding Place, but many mentioned it was where they became Christians.

Does anyone remember a church (short-lived; never got a building as far as I remember) called “The Hiding Place”.  They rented a space in a junior high in West L.A.  I got saved there, stopped going and, eventually, moved back to the east coast.  I’ve been trying, in vain, to locate the man who was the pastor, Henry Cutrona for the past couple of years or so.  ….

A number responded (all typos included):

When you see the many mentions of salvation, you know the Holy Spirit was moving in that church. After reading the thread, I also have this bit of advice — ignore the atheists and trolls.

In a 1984 interview with People Magazine, Todd recounted a bit of his story on how he became a Christian.

He was attending Beverly Hill High and his girlfriend Donna was invited to a Bible study by her close friend Debby Boone.

The next day, Donna told Todd she accepted Christ at the study.  Within a couple of weeks she also said they could no longer have sex until they got married.

Todd said, “ I couldn’t understand how she could love God more than me.”

But this led Todd to study the Bible and he recalled the moment God asked him “What are you doing?”

“All of a sudden I realized that all the questions of the universe will never be answered, that I just had to take it on faith. I was satisfied knowing that God is in control. I felt a security and peace I had never known before.”

Within a few years, he was starting a church and they were baptizing new believers in hot tubs. Speaking of The Hiding Place, Todd said:

“We preach the truth, and if that means poking fun at some of the traditions — well, hey, that’s just part of it. Jesus spent His career exposing the Pharisees and Sadducees.”

Todd went on to host a humor show on Trinity Broadcasting — a Christian cable TV station. The program called Nightlight featured a number of famous guests such as Dan Aykroyd and Miguel Ferrer.

During the 1970s, his mother Debby Reynolds began collecting Hollywood memorabilia. After the purchase of thousands of items at a Metro-Goldwyn-Mayer auction in 1972, Debby started the Hollywood Motion Picture Museum that Todd manages today along with producing films and documentaries.