In 2004, doctors diagnosed Sharyn Mackay of Newcastle, Co Down in Northern Ireland with a cancerous tumour on her kidney.

Sharyn and her husband William, who at the time was a Methodist pastor, have four children. After taking a biopsy of the cancer, Sharyn’s surgeon from Craigavon Area Hospital sent a sample to specialists at Harvard University because her form of cancer was very rare.

She told the Belfast Telegraph:

“They said it was spindle cell sarcoma which is normally bone cancer. I was one of only 10 known cases where it had become a kidney tumour.” 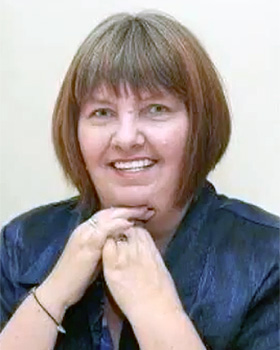 In an interview with Stuart Chalmers posted on YouTube, Sharyn said after hearing about her cancer many people in the four churches her husband pastored started praying for her.

But at that point, Sharyn said her confidence was in the doctors who were treating her.

However, that quickly changed when further tests showed the cancer had spread to her lungs. Her doctor said the cancer was terminal. Since chemotherapy and surgery could not cure it, they were not going to treat her.

They gave her only weeks to live and sent Sharyn home to die.

With this devastating news, Sharyn realized she could not trust medicine to heal her. In the interview with Chalmers, Sharyn said:

“At that point, I began to think about does God heal today and more importantly does He want to heal me.”

Her youngest child was only six at the time and Sharyn desperately wanted to see her children grow up.

She and her husband turned to the Bible to see what it had to say about healing. They focussed particularly on Isaiah 53 where it says that Jesus not only went to the cross to forgive our sins but for our healing as well:

But He was pierced through for our transgressions,
He was crushed for our iniquities;
The chastening for our well-being fell upon Him,
And by His scourging we are healed. (Isaiah 53:5 NASV)

After studying this passage, Sharyn and her husband started believing God for her healing. However, when others in the church heard about the terminal diagnosis, many wondered if she was clinging to a false hope.

But a small group stood with Sharyn and her husband and chose to pray for her healing. They had heard of miracles in Africa, and though they had not seen one themselves, they believed God could heal someone in Northern Ireland.

In April 2004, Sharyn’s doctor sent her for another scan to get a better idea of how long she had to live.

The night before the scan, Sharyn told the Telegraph that she wrote in her journal, “Thank you God for healing me. I know I will get clear results tomorrow.”

When she consulted the doctor after the scan, Sharyn noticed he had a smile on his face. She was uncertain what to think, because he hadn’t smiled at her for months.

After Sharyn asked when she was going to die, the doctor said he didn’t know, because the cancer had disappeared. He pulled out her x-rays and showed the before and after images.

“Four radiographers studied the scans and none of them could quite believe it. The tumours had gone and I was told to leave the hospital and live a full life. The cancer has never come back and I have never felt better.”

Jesus had completely healed her.

But this miracle was so defying medical science that doctors have tried to explain it by suggesting Sharyn’s immune system had somehow played a role in her spontaneous and miraculous healing.

When this happens, you know a miracle definitely caught their attention.

5 | What does a dog insult have to with what really sunk Peter?