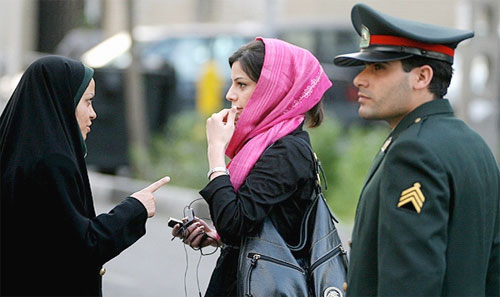 Elam Ministries recently announced the release of a new Bible translated into modern Persian, the language of Iran. In its news release, the organization stated that in 1979, there were an estimated 500 Christians in Iran. Today, Christians number in the hundreds of thousands in that country.

Senior Iranian pastors started Elam in 1990 to strengthen the church in that Muslim nation.

Open Doors says Iranian government puts the official Christian population at 200,000, but their estimates would be purposefully low. Open Doors puts the number of Christians at 370,000. Open Doors is a non-denomination ministry geared to helping Christians under persecution. In 2012, the organization ranked Iran as the fifth worst country in the world for Christian persecution.

No matter what number is correct, they represent an explosive growth rate of Christians in Iran.

Yehgnazar said some, such as Operation World, estimate Christianity is growing at a rate of over 19% a year in Iran.

According to Yehgnazar, much of the increase is coming through the underground house church movement that allows people to attend church services without being seen by the Muslim extremists. There are public churches in Iran, but these are closely monitored.

He says people are increasingly being turned off by the repressive Islamic regime. He added:

“The Iranian identity is not rooted in Islam and there is real disillusionment with the religion.”

People are routinely arrested for attending church services. Yehgnazar said the general disdain for Christians can be seen in a statement by the Mayor of Tehran who in 2010 referred to Christians as “deviants.”

Why would any rational person become a Christian in Iran knowing such a decision could lead to jail time or worse — torture and even death?

When you look at the Book of Acts, the Church thrived despite being heavily persecuted by the Jews and then the Romans. Thousands of people turned to Christ as the Holy Spirit moved (Acts 2:27-34).  When persecution comes, God moves. The church often does better under persecution.

In an article on Christian Today, Open Doors’ president Carl Moeller speaking of the rapid growth in the Iranian church said:

“Men and women, out of emptiness of their current situation spiritually, are turning to faith in Jesus Christ despite the literally lethal risks in doing so. That’s only attributable to the work of the Holy Spirit.”

The remnant of Edom

When the Holy Spirit fell on the gentiles in the Book of Acts, a similar thing happened, many started coming to Jesus (Acts 10:44-48).

The largely Jewish early church met in Jerusalem (Acts 15) to resolve the issue of gentile Christians. At this meeting, the Apostle James dug out a verse from Amos that not only spoke of a remnant of the nations (gentiles) coming to faith, but specifically points to a remnant of Edom coming to God as well.  The descendants of Edom would represent many of the non-Israelites who inhabit the Middle East.

“In that day I will raise up the fallen booth of David,
And wall up its breaches;
I will also raise up its ruins
And rebuild it as in the days of old;
12 That they may possess the remnant of Edom
And all the nations who are called by My name,”
Declares the Lord who does this. (Amos 9: 11-12 NASV)