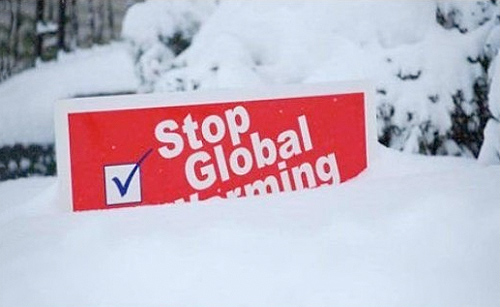 [by Dean Smith] This past January, it was broadcast that 2014 was the warmest year on record. As I recently wrote, a major English newspaper, The Telegraph, reported there was some re-jigging of the original temperature data that resulted in 2014 winning the award for the hottest year.

One area in South America showed some of the highest temperatures. However, when others fact checked the original temperature data they found something strange.

But as I explained in two previous articles, a growing number of experts across the world have been discovering that something very odd has been going on with these [temperature] records. Again and again they found that, checking them against the raw data originally recorded by weather stations, this had then been comprehensively “adjusted”, almost invariably in the same direction.

Earlier data had been “adjusted” downwards, more recent data upwards, to show much more of a warming trend than the actual recorded temperatures justified.

This is concerning because it looks like there was some manufacturing of the global warming rise. What is perhaps even more disturbing, when a number of people asked for an explanation as to why the original temperature data numbers were changed, the group responsible refused to provide any answers.

Booker says a team of experts is being gathered to look into what is going on with the original data.

The Bible on global warming

Having said all this, there is an interesting verse in the Book of Revelation that talks about a time of warming occurring on the earth. It is associated with one of the seven plagues, unleashed by angels, in Revelation 16.

One of those plagues involves a time of “fierce (literally ‘great’) heat.” I don’t believe it is happening yet and it won’t be caused by man, but by God:

The fourth angel poured out his bowl upon the sun, and it was given to it to scorch men with fire. 9 Men were scorched with fierce heat; and they blasphemed the name of God who has the power over these plagues, and they did not repent so as to give Him glory. (Revelation 16: 8,9 NASV)

Notice what the verse says, it was the angelic effect on the sun that caused the “great” heat — not CO2, coal mines or SUVs. By the wording in the verse when it happens there will be absolutely no question we have entered a time of warming.

But men will refuse to acknowledge God in the heat and I believe part of that reason is due to what is happening now — humans will instead blame CO2.

It reminds me of one of the plagues recorded in the book of Exodus. When Moses turned the water to blood, because the pharaoh’s magicians could mimic the plague (making it seem like there was a human cause), the pharaoh disregarded the judgement.

The fish that were in the Nile died, and the Nile became foul, so that the Egyptians could not drink water from the Nile. And the blood was through all the land of Egypt.22 But the magicians of Egypt did the same with their secret arts; and Pharaoh’s heart was hardened, and he did not listen to them, as the Lord had said. (Exodus 7:21-22, NASV)

I believe the same will happen with the warming prophesied in the Book of Revelation. Its apocalyptic source will be completely disregarded because of the blame now being put on CO2.

For those wondering if we have entered the time of “fierce heat,” let me leave you with the first paragraph of Booker’s article and you decide:

“Mother Nature has certainly been showing her amusement at those excitable claims last month that 2014 was “the hottest year on record”. In the north-eastern US, the past month has been the coldest since records were kept, and four of the five Great Lakes are on the verge of freezing over completely for the first time in living memory. Snow has fallen in Greece and across the Middle East as far south as Saudi Arabia, where locals gleefully building snowmen were greeted by a fatwa sternly pointing out that to make images of animate creatures was an offence against Islamic law.”

But be warned, it is coming.