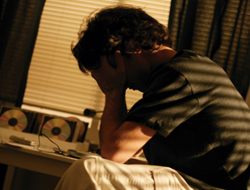 Regular marijuana use affects the brains of teens.

According to research out of the U.S., teens who smoke marijuana daily can have brain abnormalities similar to people with schizophrenia.

With the push towards legalization of marijuana, researchers from Illinois’ Northwest University wanted a clearer picture of the drug’s impact on a person’s brain.  The results were published in the Schizophrenia Bulletin.

The researchers used MRI scans on 97 people who regularly smoked marijuana for 3 years starting at the age of 16 or 17. At the time of their scans, they had not used marijuana for two years. They scanned four groups of people:

According to their report, they scanned the “deep subcortical grey matter” of the brain which to this point had not been analysed. They discovered that teens who used marijuana daily had “abnormal brain structures” in areas used for memory and processing information.

This part of their brain had shrunk, resulting in learning difficulties for the affected person.

The effects were prolonged as these people suffered from “poor memory” two years after they quit using the drug. The scans also showed the younger the person was when they started smoking cannabis, the more distorted this area was.

The researchers added that 90% of the 15 teens who had both schizophrenia and a marijuana addiction were heavy cannabis users before getting the psychiatric disorder suggesting a possible connection between marijuana usage and schizophrenia. Other studies showed a similar connection.

“This paper is among the first to reveal that the use of marijuana may contribute to changes in the brain structure that have been associated with having schizophrenia,” said co-author John Csernansky.

On January 1, 2014, Colorado legalized the sale of recreational marijuana for those 21 years and older. This allows the sale of the drug to Colorado citizens and out-of-state visitors by marijuana retailers. It is the first U.S. state to do this and the rules will be looser than marijuana regulations found in Holland.

The federal justice system, where marijuana usage is still considered illegal, agreed not to prosecute any marijuana offences in the state covered under the Colorado legislation. Uruguay is apparently months away from passing similar legislation.

The Bible on drugs

Aside from the physical effects of marijuana, there may also be a spiritual impact. In Galatians 5:19-20, we have an interesting word used in a description listing the “deeds of the flesh”:

In the Greek, the word “sorcery” is “phar·ma·ki.” It is the Greek word for drugs from which we derive our English word “pharmacy.” Revelation 9:21 and 18:23 use the same Greek word.

According to W.E. Vine’s Expository Dictionary of New Testament Words, the word  “signifies a sorcerer, one who uses drugs, potions, spells, enchantments, as in Rev. 21:8.” The word initially referred to all kinds of drugs, including medicinal, but it took on cultic overtones when drugs became associated with casting spells, poisonings, and hallucinations in ancient Greek culture.

Some suggest the oracles of Delphi used Datura  —  also called “Angel’s flower” or “Jimson” weed — to bring on their psychotic episodes. The seeds and flowers of this plant are very toxic and could be used as a poison or a hallucinogen. While influenced by this drug, the female oracle had hallucinations and visions for people seeking guidance.

Drugs had other uses as well. Habakkuk 2:15 states, “Woe to you who make your neighbors drink, who mix in your venom even to make them drunk, so as to look on their nakedness!” This was an early version of a date drug and referred to the practice of adding drugs or venom to wine to stupefy a person.

The Bible seems to link sorcery and drugs, suggesting drug use may make a person more susceptible to demonic influence.

It is curious that in the end times, the Book of Revelation states Babylon will deceive all the nations of the world with its ‘sorcery or phar·ma·ki:’

and the light of a lamp will not shine in you any longer; and the voice of the bridegroom and bride will not be heard in you any longer; for your merchants were the great men of the earth, because all the nations were deceived by your sorcery. (Revelation 18:23 NASV)

Though it is difficult to understand exactly how this will happen, the move to legalize marijuana (and perhaps other drugs) may lay the ground work for such a deception on a mass scale.