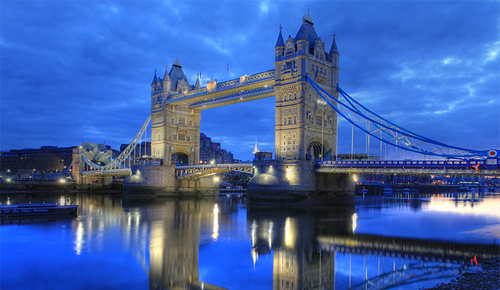 In England, many Christians believe they are not receiving the same protection under British law as other religious groups.

And it is more than just a feeling.

As deputy president of England’s Supreme Court, Lady Hale is one of Britain’s most senior judges. In a lecture to Yale Law School in the US this past March, she said England is becoming “less respectful” of Christians compared to other countries. Ironically, this includes some countries with less of a Christian heritage than England.

Based on laws in the European Union, England is taking what Hale described as a “hard-line” approach in religious discrimination cases. And in most instances, Christians are on the losing end of the battle.

She did not believe this “hard-line” approach is sustainable in the long run and said there needs to be some accommodation for Christian beliefs.

This is the second time in recent months a British magistrate has warned about the unfair treatment of Christians in England’s court system because of the country’s laws.

In her presentation, Lady Hale cited the case of Gary McFarlane a counselor who due to his Christian beliefs lost his job because he was unwilling to counsel a gay couple on a sexual issue. There was also Lillian Ladelle who similarly lost her position as a marriage registrar because she was unwilling to do a civil partnership for a gay couple — again due to her Christian faith.

In another case, British Airways did not allow its employee Nadia Eweida to wear a small cross around her neck because it was forbidden under the airline’s uniform code. Though Eweida won her case on appeal to the European Court of Human Rights, it nevertheless revealed the unwillingness of some businesses to accommodate Christian beliefs in the workplace.

Meanwhile, Hale said other religious groups with more stringent dress codes and dietary rules are being accommodated for their beliefs.

“It is not difficult to see why the Christians feel their religious beliefs are not being sufficiently respected.”

A poll conducted by English newspaper The Telegraph at the end of April 2014, revealed most Christians in that country feel they have less rights than other religions in their country.

When asked if Christians rights are protected in the same way as other religions, a significant 48% of respondents said Christians received “less protection.” When the same question was posed to practicing and non practicing Christians the percentage hit 56% and 62% respectively.

Ironically, the same poll showed that 56% of those surveyed believe England is a Christian nation.

The problems being experienced by England’s Christians have crept over to North America with recent cases of Christian bakers and photographers being fined for their unwillingness to take part in gay weddings.

should be given reasonable accommodation to practice their beliefs particularly as it relates to such controversial issues as homosexuality.

She even went one step further suggesting that England is “less accomodating” of Christian beliefs than many countries.

She cited a number of cases were Christians in England have been on the losing end of court cases involving their faith. This included a Christian couple who refused to rent a room with a single bed to a homosexual couple.

In a survey conducted by the England based Telegraph at the end of April 2014, shows that many Christians are becoming increasingly fearful of practising their faith publicly.

The poll was odd because of its unusual results.

On one hand 56% of the people in England consider it a Christian country.  Oddly, this was felt strongly by the men at 60%. For those over the age 65, 73% consider England Christian.

While the majority of Brits consider their country Christian, an even bigger majority expressed concerns of openly display their faith.

When polled 62% of Christians (nearly two thirds) said they were scared of displaying their faith openly.  The Telegraph question was worded a bit oddly and it was even a bit leading. It stated: Do you believe Christians are afraid to express their faith because of rising religious fundamentalism?

Are Christians offered the same protection as other religions?