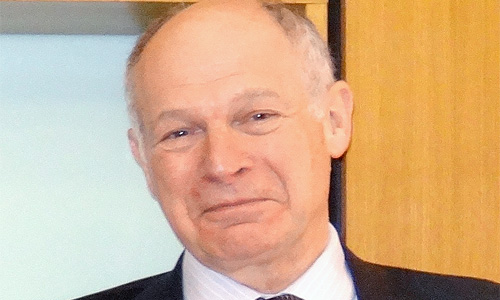 : the quality or state of having many different forms, types, ideas, etc.

This is how the Mirriam-Webster Dictionary defines diversity. It is supposed to allow for all ideas, but in fact the new diversity being thrown about today is having the opposite effect.

Lord Neuberger is President of England’s Supreme Court. In a speech to England’s House of Commons, reported in The Telegraph, Neuberger warned about the new level of public censorship rising in England — cleverly disguised as diversity  — which he described as “insidious” attempt to restrict free speech.  He referred to it as “censoriousness.”

Lord Neuberger said it is revealing itself particularly in the area of sexuality (homosexuality and gay marriage) where there is an attempt to shut down any discussion on issues of sexuality that some no longer consider acceptable.

The article referred to an incident involving a housing trust manager from Manchester, England who was demoted because of a private Facebook posting in which he said gay marriage was going to far. There was nothing offensive, the manager just stated he didn’t agree with gay marriage. But he was publicly punished for holding that opinion and was accused of discriminating against gays.

In the name of diversity, the Chief Justice said there is a new “restrictiveness” on what can be discussed in public arena and because of this, the ‘new’ diversity is doing the exact opposite of what its meaning suggests and is making the country less diverse.

In his speech, Neuberger said:

“As has been said on more than one occasion, freedom only to speak inoffensively is a freedom not worth having.

The more arguments and views are shut out as unacceptable the less diverse we risk becoming in terms of outlook.

Those were interesting remarks by Lord Neuberger, because you can see similar attempts to publicly shout down discussion in North America.

This includes calls for A&E to fire Phil Robertson from Duck Dynasty because he didn’t agree with the gay lifestyle. Though A&E fired Phil and then rehired him because of the resulting uproar, we see an attempt to restrict what can be discussed publicly. He was accused of hating gays because he disagreed with the lifestyle. But Phil asks, is it possible for someone to disagree with a person and not hate them?

Or take the recent case of Guinness, which produces a popular Irish beer. Over the weekend, Guinness announced it was pulling its financial support of New York’s infamous St. Patrick’s day parade held on March 17, 2014.

Because the parade has a long-standing practice of not allowing members of the Gay community to openly walk in the parade promoting their cause. Gays are allowed to take part, just not allowed to display signage.

In a statement Guinness said:

“Guinness has a strong history of supporting diversity and being an advocate for equality for all.”

Irish Prime Minister Enda Kenny caused an uproar when he said he would proudly walk in the parade despite huge pressure not to do so. He said:

“The St. Patrick’s Day parade (in New York) is a parade about our Irishness and not about sexuality, and I would be happy to participate in it.”

Welcome to the brave new world where in the name of diversity — all must comply.

36 | Who are the two end times witnesses?