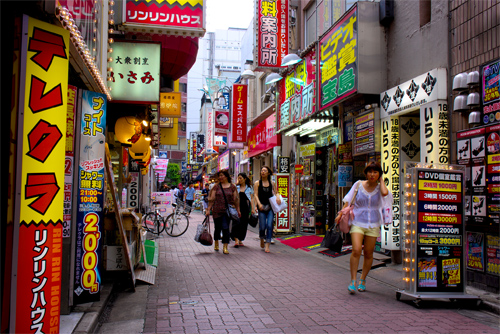 [by Earl Blacklock] Japan will long be remembered as the perpetrator of the sneak attack on Pearl Harbor in December 1941, followed by years of astonishing cruelty against those it conquered. This made them beyond redemption in the minds of most Americans. An associate of Dulles once called the behavior of the Japanese during the war “unforgiveable”. Dulles’ response? “Christ teaches us that nothing is unforgivable.”

John Foster Dulles was born into a devout Christian home, a pastor’s family, in 1888. His grandfather, John Foster, was part of the team that negotiated an end to the Sino-Japanese war in 1895, and served as Secretary of State. His parents wanted him to follow his father into ministry, but his grandfather had other ideas.

Grandfather Foster brought young John Foster, barely 19, to the Second Hague Conference where Dulles became a secretary to the Chinese delegation. Later he went to Princeton and took law at George Washington University. In World War I he served in Intelligence, and went to the Versailles Conference as a member of the Interim Reparations Commission.

Though a Republican, he supported President Wilson’s Fourteen Points, and he realized that the demands of the victors for reparations sowed the seeds of another war. In the late 1930s, as war clouds began to form, he attended the Oxford Conference on Church and State which revived in him the lessons taught by his father.

As a new world war spread across the globe, he was appointed by the Federal Council of Churches as head of a Commission to Study the Bases of a Just and Durable Peace. The Commission declared the need for the Six Pillars of Peace based on the principle that there is a moral order revealed in Jesus Christ, and the United States must lead other nations into an international body that would make that morality a reality. This led to Dulles’ appointment as a delegate to the founding session of the United Nations.

In 1949, Dulles was appointed as Senator from New York to fill an uncompleted term, but he lost in the election that followed. He was then brought back to the State Department and given the task of negotiating the treaty for Japan.

Dulles believed that a peace must be signed, and that it must be a Christian peace. Japan must surrender claims to its empire outside Japan, but it was to be permitted to join the UN. Most importantly, no reparations were required. Japan was to be allowed to regain its strength while pursuing peace.

After addressing the concerns of allies individually, Dulles successfully brought the treaty to a close with the full support of the victors and defeated foe alike.

For John Foster Dulles, the lessons of his pastor father and the experience provided by his statesman grandfather combined to make him the right person to negotiate with Japan a fair and lasting peace. Jesus said about such men “Blessed are the peacemakers, for they will be called children of God” (Matthew 5:9).