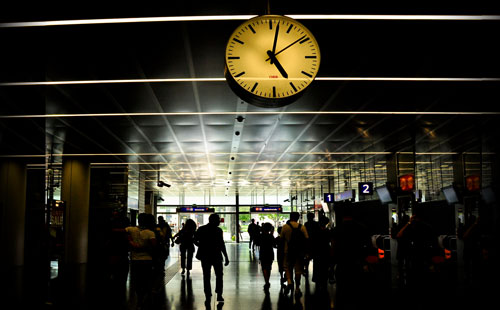 I Chronicles 12:23 – 40 gives us a record of David’s great army which was assembled at Hebron.  We read of the thousands of warriors who came from every tribe.  There were 6,800 from the tribe of Judah bearing shield and spear and from the tribe of  Simeon, 7,100 mighty men of valor fit for war.  The tribe of Zebulun is recorded to have 50,000 warriors who were expert in all weapons of war and who could keep ranks.

Amidst that list of thousands of mighty men, we read of the small number of chiefs from Issachar.  Only 200 men, but they had understanding of the times to know what Israel ought to do.  A great number of warriors is not needed for a battle if there are those who have understanding the times and seasons.  These are the ones who carry the “strategy” within them that will defeat the enemy.

The Apostle Paul found a synagogue of Jews in Berea and discovered they were a people who “received the word with all readiness, and searched the scriptures daily” to find out whether the Paul was telling them was the truth.  Since the Bereans were open to the Word of God, they soon realized the truth of the gospel of Christ, and “many of them believed” (Acts 17:11-12).

James, the brother of Jesus exhorts us to “receive with meekness the en-grafted (implanted) Word, which is able to save our souls” (James 1:22).

So to know the times and season s like the men of Issachar did, we must first search out the Word of God, discover the truth of the Word and allow it to be implanted deep within our heart.

In the first chapter of Genesis, the first book of the Bible, the story of creation is recorded.  We are told that on the fourth day, God made the sun, moon and stars. They were created to give light to Day (the sun) and give light to Night (the moon). They were also created to “rule” – to govern or have dominion.  Since Day and Night is a factor in Time, we see the LORD established light to set the times.

Since the beginning of creation, God has determined there would be times and seasons.  Just as the natural man can observe a season change from summer to autumn, so the spiritual man can see and understand the change of seasons in the spiritual  realm.  By eating the Word and receiving the Holy Spirit, the spirit of man enlarges and becomes alert to the changing seasons.  We too then, can have that same anointing as the children of Issachar.

Daniel knew that when “the time came for the saints to possess the kingdom”, the enemy, “shall persecute the saints of the Most High, and shall intend to change times and law” (Daniel 7:25).

Why the strategy to change times?  Satan knows if a set time is changed, then visions, dreams and supernatural conceptions will be aborted.

When a Prophetic anointing is activated, revelation is received and “new things” are conceived.  There are many ways revelation may come to a Believer in Christ.  It may be through the written word of God.  It may come in the form of a night dream or a day vision.  It may come as a “Rhema” word when the Holy Spirit moves and speaks a word of knowledge to your spirit.  The Bible also tells us that we will signs in the heavens and on the earth.

The gift of prophecy cannot stand alone but needs the activation of the gift of giving (stewardship) to assist the birthing anointing.  This giving gift is really the right provision provided at the set time. It can be spiritual giving through prayer and intercession, healing oil and the joy of new wine.  It can be given in many natural ways with food, clothing and finances.

While most Prophets embrace risk, most Givers flee risk.  Therefore, Givers often revert to a safe human agenda instead of giving the Prophet their last cruise of oil.  If the enemy succeeds in changing a set time, the Prophetic will encounter the Ahab and Jezebel spirit.

There are times when the Prophetic and the Giving anointing must embrace each other.  The Prophet must be careful not to run ahead of God’s set time, and the Giver must be concerned with supporting what our LORD has supernaturally conceived. Many who voluntarily give of their talents and resources will be surprised to discover they are  “mid-wives” to new things God is creating on the earth.

What season are you in? Is this the time to push through with the old visions and dreams that were birthed years ago? Or is this the time to be a midwife to someone else’s newborn?  As you look at the signposts around, the LORD may be asking you to do both. 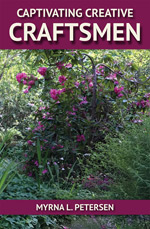 Captivating Creative Craftsmen & Study Guide, is filled with inspirational stories behind Biblical artisans and is the latest book from our Open the Word contributor, Myrna Petersen. With references to the Bible, it begins with story telling and gives prophetic understanding of how in the last days, the beauty and glory of the LORD will permeate the world, demonstrated through science and the arts.

As we draw closer to the Creator of the universe, we’ll be inspired to create new works. Creativity, part of our inheritance, from the cave dwelling era to modern society is revealed through various artistic means. It is not just the job of a few artistic types but the expectant hope of every man, woman, and child in the universe.

As Vincent Van Gogh said, “If you hear a voice within you say, ‘You cannot paint,’ then by all means paint, and that voice will be silent.”

For a sneak preview and/or place an order of paperback copies @ $10.00 CDN plus taxes & delivery, from our distributor.

Myrna Petersen is a writer and musician based in Regina, Canada and owner of Ideation Entertainment. She loves to uncover obscure historical gems and present these stories in the language of the common man. Myrna is the author of five non-fiction books, a stage musical and several film scripts. Check here for some of her other writings.

9 | Why December 25th ended up as Christ’s birthday?