An interesting story coming out of Indonesia, may have more significance than we realize. With a population of over 260 million people, Indonesia is made up of several islands located north of Australia. The sea and fishing are a major part of life. Muslims make up 87% of its population and about 10% are Christians.  Because of their dominance, in parts of Indonesia, Muslims extremists are actively persecuting Christians. And recently the world was caught up in a story about an Indonesian teenager, Aldi Novel Adilang, 18, who miraculously survived 49 days at sea stuck in a fishing trap. The raft like boat has a hut on it and is moored in the ocean for fishing. It also has a large light that is turned on at night to attract fish. Adilang had worked in such a fishing trap since he was 16. The owner of takes food, water and gas for the generator out to his 50 fishing traps once a week. However because of high winds, Adilang’s raft broke its mooring and started …

When we look at Biblical accounts there are many mentions of Egypt with the most prominent being Israel’s exodus out of that country under Moses. It was  a dramatic encounter that brought the full force of Yahweh against Egypt and its pharaoh who refused to let Israel leave. Similarly, there are several references to Israel in Egyptian records — from mentions on wall carvings and steles to papyris. According to Charles Aling the oldest reference is found on the Merneptah Stele dated to around 1208 BC that refers to a group of people called the Shasu. Aling who specializes in Egyptology is chairman of the History department at Northwestern College. The Egyptians referred to the Shasu several times through the centuries. The word is used to describe a semi-nomadic people who lived in Canaan. It is generally believed that Shasu incorporated all the Semitic people – descendants of Abraham — such as the Edomites, Ishmaelites, Moabites and Israelis. From the Egyptian records the Shasu were generally looked upon as enemies of Egypt and in one …

You are probably familiar with drawings and even full-scale models (seen above on the left) displaying the Tabernacle of Moses. When Moses was given the instructions for the Tabernacle, most envisioned it as a small rectangular tent constructed to house the Ark of the Covenant (Exodus 36:8 – 39:43). This tent building served Israel for nearly 400 years, sitting for 300 years at Shiloh, until Solomon constructed the Temple. There was just a brief interlude when David constructed a tabernacle for the Ark of the Covenant (1 Chronicles 15:1). But recently Andrew Hoy, a mechanical engineer from Milwaukee, Wisconsin, has challenged this traditional notion of what the Tabernacle looked like by suggesting it was instead a larger tent, nearly six stories high. According to Breaking Israel News, Hoy’s journey started when he left the Lutheran church he was attending in America to study Hebrew at a Jewish seminary in Israel. He wanted to learn the original language to better understand the Old Testament. As he looked at the passages describing the Tabernacle, he began to envision something much different from long-held … 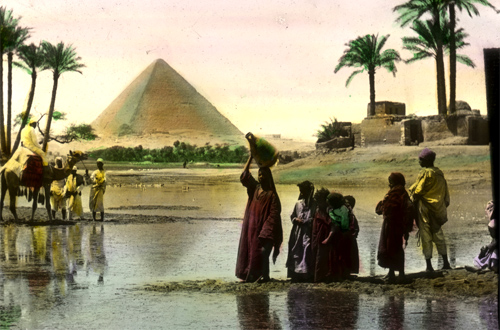 [by Dean Smith] As I read of Israel’s deliverance out of Egypt found in the Book of Exodus, one thing always puzzled me. Why didn’t the Pharaoh just order a hit job on Moses? Moses came before the Pharaoh several times asking permission for Israel to leave Egypt. Each time the Pharaoh said no and then Moses announced another plague. There was plenty of opportunity for the Pharaoh to end it all by simply taking out the Jewish leader. But the Pharaoh didn’t do it? Why? 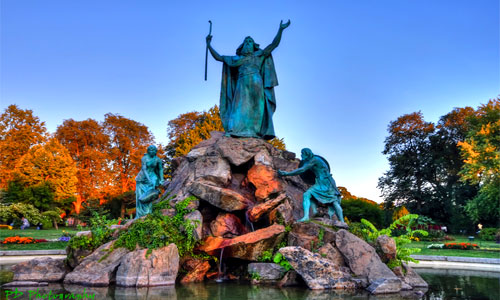 Español: ¿Otra confirmación del éxodo de los judíos de Egipto? When you read of Israel’s deliverance out of Egypt in the Book of Exodus, the Bible records the country undergoing ten significant plagues or judgments before the Egyptian Pharaoh finally allowed the Jews to leave. The plagues were catastrophic and some have suggested that something of this magnitude should be mentioned in the Egyptian records. And in fact there is. First we have the Leiden I 344 papyrus on display at the Dutch National Museum of Antiquities in Leiden, Holland. It presents the Exodus plagues from an Egyptian perspective.  It refers to six of the plagues including the water turning to blood and a massive darkness on the land. However, there is yet a another artifact that supports the Exodus account. It is called the “Ahmose Tempest Stela” or “Storm Stela.” The broken pieces of the stela were discovered between 1947 and 1951.  A stela is an upright slab of rock used to remember or commemorate significant events in a nation’s history. In his article, …

[by Dean Smith] On the grounds of the Oklahoma State Capitol there is a stone monument with the Ten Commandments carved into them, or at least there was. According to KFOR TV, on Friday morning, October 24, 2014, a man walked into a Federal building in downtown Oklahoma uttering threats against the US President Barack Obama and the Federal government. After the Secret Service arrested the man, a bizarre story unfolded. The man said he had crashed his car into the Ten Commandments monument the night before, smashing it, because Satan made him do it. He then said after the crash, Satan told the man to urinate on the monument, which he did.

In the West, when teaching our children math we have them memorize endless multiplication tables. Multiplication and long division can be a complicated process. However, there is an ancient way of doing math, that is quite different from the way we do it and in some ways simpler. All you need is the ability to double numbers and basic addition. If you can do that you can easily multiply and divide any set of figures. This video reveals the method that the ancient Egyptians and Chinese used to multiply and divide. Oddly, it is also the way modern computers calculate math. Moses grew up in the Pharaoh’s court. The Bible tells us that he learned the wisdom of Egypt. This was undoubtedly the way Moses was taught to multiply and divide.