[by Sandy McIntosh] World leaders seem paralyzed by the Islamic State. The most recent news is that IS is bulldozing ancient ruins. Apparently they are destroying the historical heritage of the entire human race, with the attitude, we don’t need a past, we just need their future. Future generations have lost part of their heritage forever. The problem is us, not them. The world has no solution to this horrible problem. I believe the failure comes from our western bias, we believe in our own success but we are confronted by a victorious enemy. World news is grim. The Islamic State in Iraq and Syria continues to shock the world and no-one can stop them. Thousands of Russian soldiers are in another country, Ukraine and they won’t leave. Iran seems close to building a nuclear bomb, and Saudi Arabia has responded by planning to build its own.

What Nehemiah Did and How You Can Do Anything: Chapter 5 and conclusion, Locate the North Star. [by Sandy McIntosh] Today we have ISIS, a militant group that has kidnapped and sold young women as slaves, beheaded Egyptian Christians with knives, and burned a Jordanian pilot with gasoline, in a cage. The group strives with great energy, but success eludes them. We also have Vladimir Putin in Russia who lost controlling influence over Ukraine when its corrupt government collapsed. He responded by occupying Ukrainian Crimea, resulting in the devastation of that region’s economy. Crimea was followed by the subversive invasion of eastern Ukraine. Affected areas of Ukraine are now in ruins and the population is growing desperate. Success also eludes Mr Putin, in spite of his great efforts. 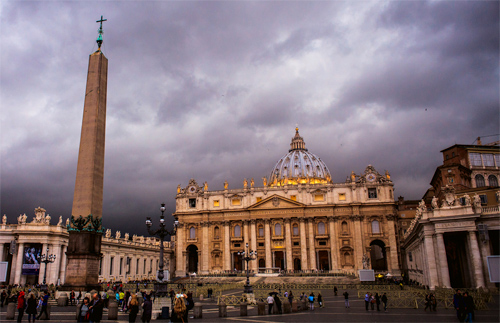 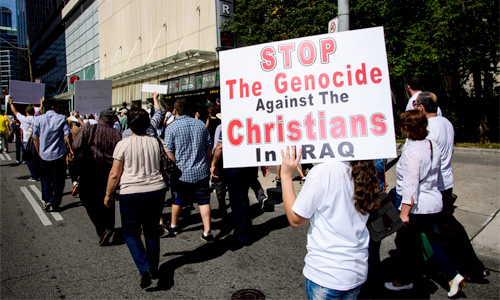 [by Dean Smith] A video released on the Twitter account of a website used by the Islamic State (IS) purports to show the beheading of 21 Coptic Christians. The same website has shown verified beheadings of westerners. According to the video producers, the execution took place in Tripoli Province, Libya by a group claiming association with IS. On the video, armed IS members march a group dressed in orange down to a beach near Tripoli, Libya’s capital city. Before their execution, one IS member says:

The Israel Defense Force (IDF) announced this month it will be training women as tank commanders. Initially, the women would function as back-ups and only join crews in emergency situations. But it is expected, they will eventually work into regular rotations. By including women, the IDF will increase the number of people it can draw from to fill positions by 50%. But there may be more to the decision than that.

[by Dean Smith] Arutz Sheva — an Israeli news site — reports the Islamic State (which go by a variety of acronyms IS, ISIS, ISIL) has just declared Christians as its number one enemy. This news was broadcast loudly on the most recent cover of the organization’s propaganda magazine called Dabiq. In its fourth edition, the cover of the English version featured a photo-shopped picture of the Black ISIS flag on top of the Egyptian obelisk in the Vatican’s St Peter’s square. The magazine — titled “The Failed Crusade” — compared the West’s efforts to stop IS to the Roman Catholic crusades.

[by Dean Smith] Years ago, I stumbled upon a verse in the New Testament that puzzled me. Found in the book of Revelation, it was strange, because based on my experience at that time it made no sense. Eventually I forgot about the passage. But recent events brought it back to my memory and I started looking for it. It took a while to find it. At one point, I wondered if I had just imagined seeing it, but eventually I tracked the verse down. The Book of Revelation speaks of a vision by the Apostle John about the apocalyptic events that would occur before the Second Coming of Jesus. At the end of Revelation, John sees a special reward being given to two groups of people who had undergone extreme persecution. They would be raised from the dead before the thousand-year reign of Christ and live with Christ during this period. The rest would be raised from the dead at the end of the thousand years. So who were these two groups?