[by Dean Smith] Researchers from the Psychiatry Institute at London, England’s King’s College say Marijuana is to blame for 25% of the new mental disorders affecting young people today. This includes delusions, hallucinations and hearing voices, symptoms often associated with bipolar and schizophrenia. They blame the problem on the new super-charged Marijuana, called skunk, which is much more powerful than other, often older strains, of Cannabis. In their study reported in the Mail Online, the group says young people need to be warned “about the risks of high-potency cannabis amid a world-wide trend towards relaxing drug laws.” 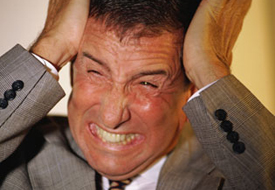 And forgive us our debts, as we also have forgiven our debtors. (Mathew 6:12 NASV) Forgiving was a key tenet of Jesus’ teaching. For years, people treated it as purely a religious exercise, but now therapists and psychologists are understanding its importance and have embraced forgiveness as a vital counseling tool. This led researchers in England to take a closer look at forgiveness from a scientific perspective. They found evidence forgiving others may be a key to restoring good mental health.

Researchers at the University of Maryland School of Medicine concluded regular use of Marijuana by teens could lead to psychiatric problems and increased risk of schizophrenia. According to an article in the National Post, researchers came to this conclusion after studying the effects of marijuana on lab mice. After subjecting young lab mice to low doses of marijuana for a 20 day period, they discovered their test mice had significant damage to their “cortical oscillations” which impaired brain functions. The researchers said, “The striking finding is that, even though the mice were exposed to very low drug doses, and only for a brief period during adolescence, their brain abnormalities persisted into adulthood.” The concern is during human adolescence, the front part of the brain is still developing and that marijuana usage would similarly affect brain development of teens. “Previous research has shown that children who started using marijuana before the age of 16 are at greater risk of permanent cognitive deficits, and have a significantly higher incidence of psychiatric disorders such as schizophrenia.” said the researchers. …