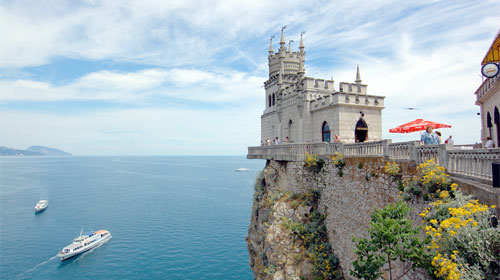 Ukrainians, almost 50 million of them, are angry. They are refusing to buy Russian goods and services, and they are one of Russia’s best customers. A popular smart phone app “Boycott the Occupiers” identifies Russian bar codes in supermarkets, before purchasing. Russian imports have declined 40 percent in a few days. The world knows the news that Russia recently sent its army into Crimea, a region in the neighboring country of Ukraine. Now Crimea belongs to Russia but the angry Ukrainians supply most water, electricity, natural gas, and road and rail access to Crimea.  Since the occupation the Russian government has announced a special economic zone for Crimea, to attract investment. Vladimir Putin and his government want long-term success.