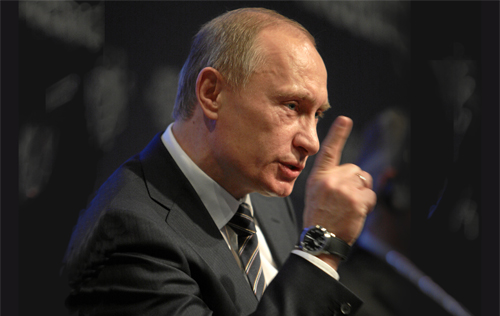 What Nehemiah Did and How You Can Do Anything: Chapter 5 and conclusion, Locate the North Star.

[by Sandy McIntosh] Today we have ISIS, a militant group that has kidnapped and sold young women as slaves, beheaded Egyptian Christians with knives, and burned a Jordanian pilot with gasoline, in a cage. The group strives with great energy, but success eludes them.

We also have Vladimir Putin in Russia who lost controlling influence over Ukraine when its corrupt government collapsed. He responded by occupying Ukrainian Crimea, resulting in the devastation of that region’s economy. Crimea was followed by the subversive invasion of eastern Ukraine. Affected areas of Ukraine are now in ruins and the population is growing desperate. Success also eludes Mr Putin, in spite of his great efforts.

For ISIS and Mr Putin, each failed project is replaced with another, larger speculation. Imagine a gambler in a casino trying to fix a loss with one more roll of the dice.

The Bible is clear, this kind of gambling with the failure to succeed, leads to war.

What causes wars, and what causes fightings among you? Is it not your passions that are at war in your members? You desire and do not have; so you kill. And you covet and cannot obtain; so you fight and wage war. (James 4: 1 and 2)

So what does an old Bible story say about the world we live in? The end of Nehemiah’s story tells us we are living on the edge of a calamity today. Wherever you are as you read this, your country may be at war soon. I hope not, but in 1939 the world slid into a terrible war, almost by accident.

For some, the North Star is unreachable. Any venture must have a North Star, a guiding principle. Usually this is the payout, the achievement that shows success; ‘I will be very disappointed if I don’t achieve at least that much.’

The pattern of bold projects with elusive success produced World War 2. Hitler and his allies didn’t get all they wanted, so they became more aggressive. We have that same pattern today.

Nehemiah, in the Bible story, had something to show us about this mess. His Jerusalem project had a beginning, a middle, and a successful conclusion. He never lost sight if his North Star and he reached a goal that satisfied him. The ISIS and Russian projects have bold beginnings, violent middles, and failed conclusions. If either group turns up the volume and tries another round, the disputes will grow. We could be in a dangerous war soon.

So the wall was finished on the twenty-fifth day of the month Elul, in fifty-two days. And when all our enemies heard of it, all the nations around us were afraid and fell greatly in their own esteem; for they perceived that this work had been accomplished with the help of our God. (6:15 and 16)

Nehemiah’s Jerusalem project had to succeed. A brave attempt that failed would have created bigger problems, probably a war leading to Nehemiah’s own death. The stakes were high, so success was clearly defined and achievable from the beginning. Nehemiah’s North Star was always clear to him.

The lessons are clear for us. We have many things to accomplish in our lives, and success, our North Star, must be defined and achievable even if is not guaranteed. Life is not a fishing trip to see what we might hook; it’s a journey of faith where we do great things in the time God has given us. ‘Doing’ includes a successful conclusion.