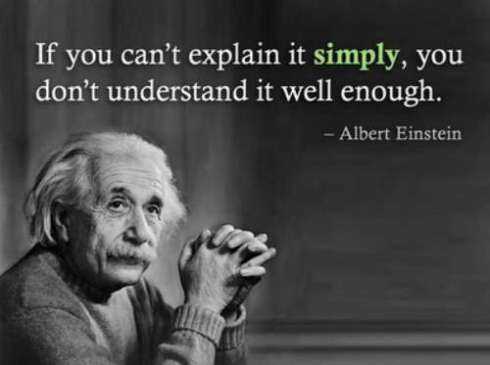 So what are you working on in this new year; a church, a family, a career, a business? Success is simple, we are building a brick house and we only want good bricks.

In the last few decades, developers have learned new ways to start new projects. One of the most successful project models is “Extreme Programming” that emphasises simplicity. Developers noticed that large super projects failed too often; years of hard work by large teams of experts could end in spectacular and expensive failure.The Extreme Programming solution is a string of small projects. The team does the work for this week, without much concern for the big picture, and after completion they start on the next phase. What emerges is an agile super project that can be redirected as conditions change; any small phase in the string can be modified. Quality is maintained by focussing completely on each small phase. Selfish egos are not attracted to these projects because the work is so simple and focused. Boring planning meetings are not needed, and these projects often produce useful things before the super project is ready for market. In a business sense they generate revenue before completion.

This new business model is not so new; it was in the Bible long ago. Jesus described two men who prayed in the temple (Luke 18:10-14. One had a simple footprint for his project, his own footprint. He prayed “God be merciful to me a sinner” and his circle included only him. The second drew a large circle around himself and included the other man “God I thank you that I am not like this other man.” We know the story, only the first man was successful. Genuine faith is simple.

In the book of James we are told that a complicated ego monster lives in each of us, and it wants a big paycheck now. It gives an enormous footprint to every project; it wants more than it can have, it ignores the source of simple success, it has selfish goals, and it quarrels and bickers when it needs to focus on production. (James 4:1-3)  What causes fights and quarrels among you? Don’t they come from your desires that battle within you? You desire but do not have, so you kill. You covet but you cannot get what you want, so you quarrel and fight. You do not have because you do not ask God. When you ask, you do not receive, because you ask with wrong motives, that you may spend what you get on your pleasures.

If you lose the simplicity of today, you lose.

I once had a project to start a church in a small town. Every Sunday I rode a highway bus for hours, and led a meeting in a house. I remember our smallest meeting, two people, two cats, and me. My ego did not enjoy something so simple, but we had no ‘super project’ church with a nice building, and a salary with benefits. I only had the work of that day.

I did my best with the two people, and the cats just hung out. That day I left town feeling like a failure, but I was wrong. In the following weeks the host couple recruited more people and our little group began to grow. That project was never easy, but our success always had a small footprint. We tried to bring God to each person who came. The super project church emerged from many small parts.

And that’s how new things are built. I encourage you to tame the inflated ego monster and focus on the humble work of the day. When a simple phase is done, sign off and start the next one. This is standard procedure in the business world, and it’s always good for Christians to own the wisdom that God gave them.